“There is only one corner of the universe you can be certain of improving, and that’s your own self.”

1. Is it really necessary to prove that the map is not the territory? – I believe it could be demonstrated.

The picture shows a pipe. Picture is named “The Treachery of Images”. The Belgian surrealist painter René Magritte wrote on his picture – “This is not a pipe”. It looks strange and it is true. This is not a pipe; this is just an image of a pipe.
The territory is not seen on the map – it’s maped. “The word is not the thing“.
All and everything is perceived by man is the map only. Perceived reality is not a reality, it is representation of reality in the mind of the perceiver.

2. Axioms are accepted as true without controversy. They are taken on trust at least until experience refutes them. Nothing is a lie till it’s proven. After all, nothing but experience can verify the map. Any way we have to talk about representation only, not about reality.

3. Vivekananda said that Raja Yoga “declares to mankind that each being is only a conduit for the infinite ocean of knowledge and power that lies behind.” I propose to take it as an axiom. I am ready to the disproof, but my experience has not done refutation. Failures to find this ocean are not refutations. They are the lessons for the seekers after truth.

4. The meaning of this axiom can be rephrased.
4.1. “Our mind can reach knowledge of all and everything, but should be taught to stay aware.”
4.2. “The sensory space can be created for any problem we can formulate. This sensory space gives us possibility – we may obtain the solution for this problem directly on our sensory channels.” (Grigory Reynin)

We say sensory space or a space of sensations. You can choose one of five (or six) man’s senses and take any modality of this sense. The space can be created on the base of this modality. It is mathematical procedure on one hand; on other hand it is creation of perception space’s parameters.
The measuring instruments are created the same way. You can relate these parameters and parameters of your task. It’s said – “the formulation of a problem already contains half its solution”.
Applied Kinesiology is good example for our talk. EFT (Emotional Freedom Technique) is good illustration too.

Our point is perception.
So “attention” and “awareness” distinct – attention has the object, awareness has not.
Awareness is the state of being.
Attention is a job we’re doing and we pay, object getting payment by this job-attention.
Human being transfers oneself into an object by one attention.
To be aware is to be oneself only the here-and-now.
I’m talking about DFS and Fire-Flower-meditation.
The important part of tuning is to get full sensation of flower.
Sensation may be knowledge as sixth sense, not as schooling grammar knowledge.
When you get it you don’t need pay attention on Fire Flower and separate yourself from yourself even partially.
You just aware. You are here and now.

You always may choose yourself
peace for your heart,
or clearness for your mind,
or stamina for your body.
Just do it.

Why can we do it?

Let’s pay attention to what can be considered as true and for how far. Our conversation will take place if we start from this point only. Of course, every utterance should be check for, if it is not a lie. If the statement is believable to me, the question does not arise mostly.
But no matter how dubious assertion is, until it is disproved, it can be considered truthful. Is it so or not? And here – what is considered a denial? Is it something like irrefutable logic chain?
Maybe, but then the question arises about the first link of the chain – is the first link proved? And how? Because of one is believable? Or by other irrefutable logic chain? Or maybe easier – by the confidence of refuters? Or maybe everything is even more easy – it goes without saying?
But then we have on the scales the bakance of couple “by itself.”
First «itself» of utterance was offered and other «itself» of refuter.
Their inequality could be and is inequality for me only, I made the decision – who, allegedly, is right. But in all other ways, they are both equal.
They are equal until something happens and refutes one of the opposing assertions. While the practice has not yet shown mistake, any suggestion should be considered as true, it may sound strange, but it is as it is.
Strictly speaking, this is the way to build every science. The heart of any science is a package of axioms.And science is science as long as one’s axiomatic is not refuted. If it occurs on the content of science any different axiom, then next to it occurs other science. Lobachevsky geometry parallels to Euclidean geometry. They contradict each other, they do not refute each other. Practice is needed to rebut, any numbers of contraved theories can exist side by side.
Customary to say, “Practice is criterion of truth.” – Yes! We can understand the meaning of this phrase now: «While the practice is not denied assertion, it can be taken for the truth and use it as the truth.»
This long introduction was necessary in order to push aside all possible disputes concerning next proposed postulates.
You can argue all you want, but only later away from this text.
Debate is important, it is advisable, but only later, after the story.
So first postulate. «Every human being is the vehicle of the infinite ocean of knowledge and power that lies behind one».
We are not going to do any conclusions right now. Just note that there is no any practice, refuting it. All denials are concealed within the meaning of the words and anywhere else. Recall that all any dispute – later.
Second postulate. «For any problem we can formulate can be created sensory space in which the solution to this problem we may obtain directly on our sensory channels
For example, if the task is in a good mood, then in the space of sensations of your body, your face you can smile. We create a good mood by creation the sense of smile.
Let’s make the task more complicated. We want to practice each activity with the best suited mood. The smile is not enough. The question is “How many different states of being would be the optimum for the self-regulation?
Here is a bit of the math. All languages have about the same quantity of words. It is counted around 20000. The ability of typology to talk about the properties of types, as measured by the number of differences between types, with the number 16 of types is already more than the average volume of those dictionaries. I.e. 16 states of self-regulation enough to provide all human activity appropriate and discribed one of the states.

Now we are going to build, or find 16 different “Smiles”. Human activity can be considered at three levels: physical, emotional and mental. This degree of accuracy is good enough.
As human we have three large body cavities resonating as a bodies of banjo or guitar. Each one is connected with one of three types of activity naturally for our way of thinking. Physical or vital activity – with the abdominal cavity. Psycho-emotional – with the chest cavity. The intellectual one – with the cavity of the skull. The fourth type of activity when all three are resonating in accord when abdominal-pelvic, thorastic and cranial one resonate harmoniously.
Types of activity interact with the environment denoted by rhythm:
Rhythm A – rhythm of the cosmos, we perceive it, when we look at the sky.
Rythv B – rhythm of the life, we perceive it, when dealing with a living.
Rhythm C – rhythm of the impuls, so goes the world of objects.
Rhythm D – rhythm of the destruction.
So 4×4=16
The vibration of our cavities could be adjusted. We make a tool, we are playing the right music itself, thereby we participate in «jam session of life» with other people and the world.
The vibration of our cavities could be adjusted. We are self-regulated for any activity..

What is the reason to do it?

There are several forms of meetings
1. 2-3 hrs workshop. The subject of this text will be shown to participants
2. 2-3 hrs workshop will give to participants ability for self-work in DFS.
3. Mindfulness Training 1st level. Recomended schedule for weekend: Friday 2hrs, Satarday 8 hrs, Sunday 6 hrs. The work with sensory space of DFS is included.
4. 3-month tuning DFS. Total time of training about 60 hrs. Recommended schrdule: every month 10 days 1.5-3 hrs groupwork and 21 days self work with consulting personally or by Skype. Schedule is flexible because of group members opportunity and ability. 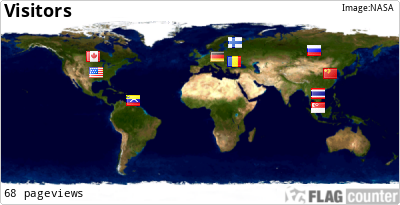